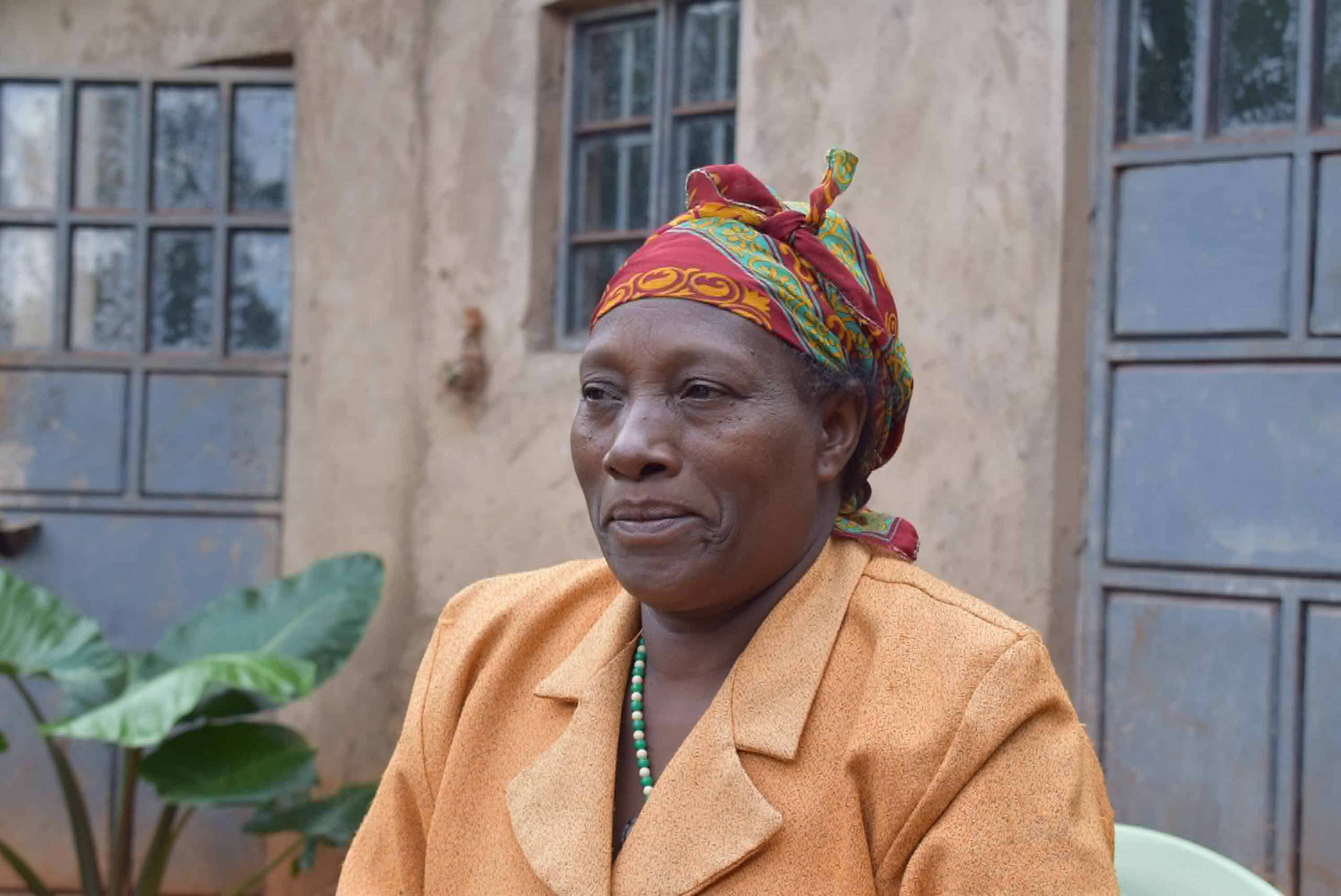 HOPE IN THE MIDST OF ADVERSITY

The beautiful landscape of Murang’a County with breathtaking hills captures you as you get deep into some of the villages. It is almost inevitable to miss out on the welcoming songs of birds as you pass through the narrow roads of the villages. Trees clap at the tune of the wind. This County is home to small scale farmers who contribute to the agriculture sector of the Country.

It is here that we meet one such farmer, Loise Wanjiku who lives in Nguthuru village, in Muranga County. Her smile and laughter is so contagious that one enjoys being in her company.

The high spirited widow and a mother of eight children let us in on her journey as a farmer for over 30 years.

Despite losing her husband and one of her daughters, Loise has remained positive and continues to do what she loves and knows best, farm. Loise who is soon turning 61 years, had turned to middlemen commonly known as brokers in her initial years of farming. The brokers took advantage of the farmers’ naivety and exploited them.

“The brokers literally stole from us!” Loise stated.

It was a sigh of relief when farmers from her area learned about Frigoken back in the year 1989 when the company reached out to farmers like Loise. Farmers were contracted to grow french beans directly for the company eliminating middlemen.

“What I love most about Frigoken is the fact that farmers are always paid for their produce to the last gram. There is no foul play”

Loise was involved in an accident not too long where she almost lost both her legs. It may have slowed her down but certainly not stopped her. She still enjoys farming and is very grateful for Frigoken coming to the rescue of farmers.

“From what I have been earning with Frigoken, I have so far bought a cow and educated my children. I have met my family needs through this income. I have built a permanent home. I am currently finishing up on rental houses and I have also managed to get electricity in my home”